I was walking along a narrow alleyway between a public bathroom and a courtyard residence. A person on an electric bicycle beeped at me to move out of his way.  I passed a small store filled with empty water containers and a dairy omitting blaring Chinese opera from a hidden radio. It was dark. Apart from the intermittent orange light of street lamps, the only other light I could see was from my phone. Lost somewhere in downtown Beijing, I felt an unsettling mixture of frustration and charm as I searched for Zajia Lab.

In some ways, my experience of finding Zajia, which is almost hidden in Doufuchi hutong in Dongcheng District, is somewhat captured within the bar and space itself. It is a space of history and community. It has a range of art practices and life flowing through its doors. Its essence is further reflected in the place's name with “za” translating to mixed or miscellaneous and “jia” to home, family, or a person engaged in a certain art or profession. 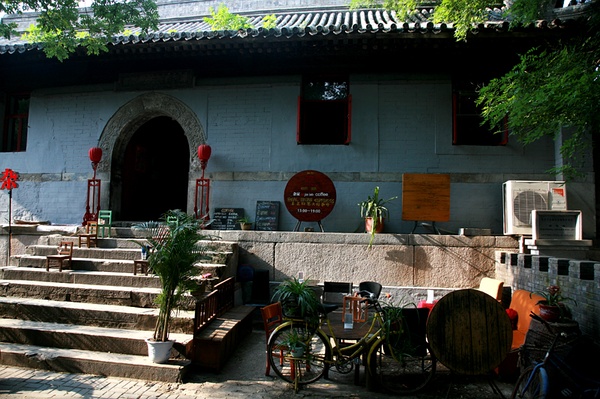 Forty minutes deep into my search, Ambra Corinti, who began Zajia with her husband Rong GuangRong (an artist and documentary filmmaker) in 2011, greeted me in Zajia’s homely bar. In the short time between our meeting and moving through to the performance space, she spoke to the people around us in Chinese, Italian, and English. Ambra then led me through two heavy doors into a large room with an old, riveted roof. The room was dimly lit with several rows of secondhand seats facing an open area with long curtains tied up around it and large boxes covering its floor (these boxes are used for storage and can be pushed together to make a stage). With only Ambra and I in the space, it took on a spiritual nature that alluded to an intriguing idea of possibility — endless possibility.

Before I asked Ambra about Zajia, we talked about who she is and how she and her husband came to be running this space in Beijing. As a sinologist, Ambra was first drawn to China in 2004 to research material for a final paper on art critics in China. Quickly, Ambra “fell in love with Beijing.” “From 2004 to 2008, all the artists here were doing projects with everybody,” she explained. “There weren’t ‘underground/mainstream’ or ‘fame/unknown’ divisions. There were no walls. There was excitement — young people believed they could do everything.”

Like the mission Zajia intends to permeate, the history of the space and bar, which occupy the front hall of Hong’ En Taoist Temple, is fluid and mixed. The couple first set out to find a space away from the central art district, preferably downtown, where they hoped for a larger and more diverse audience. When the couple first stumbled across the place in 2010, they were invited inside after the landlord noticed them taking photos of the surrounding area. At the time, the space was being used in a commercial capacity as a Toufu shop (Ambra describes it as “a stinky white cube”) and Maijiang (or Mahjong) room. 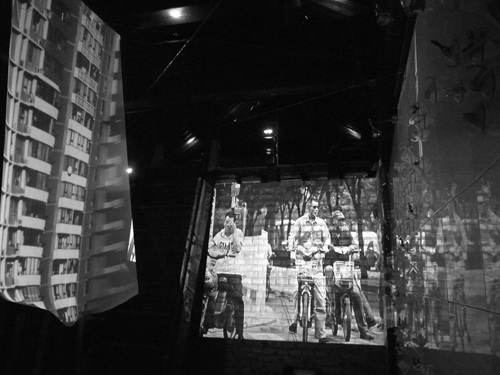 After renting the two rooms, it took three months of renovations to remove the white tiles and plastic interiors and expose the foundations of the old temple. Originally, during the Yuan dynasty, this temple was known as the “Thousands Buddhas Temple”; however, its name changed to “Temple of Peace and Quiet during the Qing Dynasty.” The nature of the space changed again during the Cultural Revolution when the temple was used as a factory for making nails — the red bricks of this factory can still be seen today.

Ambra and GuangRong set up the bar to finance the space and allow it to be independent — the project space itself has never made money. Once this bar was established and renovations largely completed, Zajia was ready to become a space of experimentation. However, its own process of coming into being was the true first experimentation at Zajia. In the beginning, the couple “started the project without any consciousness of what we were doing, except to give space to any kind of experimental thing - performance art, theatre, music — and especially to film screenings, which — in China — is a very sensitive topic.”

They had friends in art circles who were very happy to come in and do projects. Soon, after three or four months, Zajia started to receive a lot of proposals from foreign and Chinese artists. For two years, they were extremely busy with a lot of events. Recently, they’ve started to slow down because of the demanding nature of running a project space and lack of income. As Ambra explained, “even if you have tickets for events, the income from the tickets is only enough to pay some to the artists and then pay the bills to run this space.”

Now, Ambra views the space as a vehicle — “what is happening outside passes through here. I never want to have a curatorial line.” This lack of curation is one of Zajia’s main characteristics and persists despite occasionally deviating personal tastes. “I’ve decided to host a lot of events that personally I do not like [...] Whatever is happening in the city, people need this space for that thing  — maybe I will think it’s not interesting, but actually a lot of people might come...” 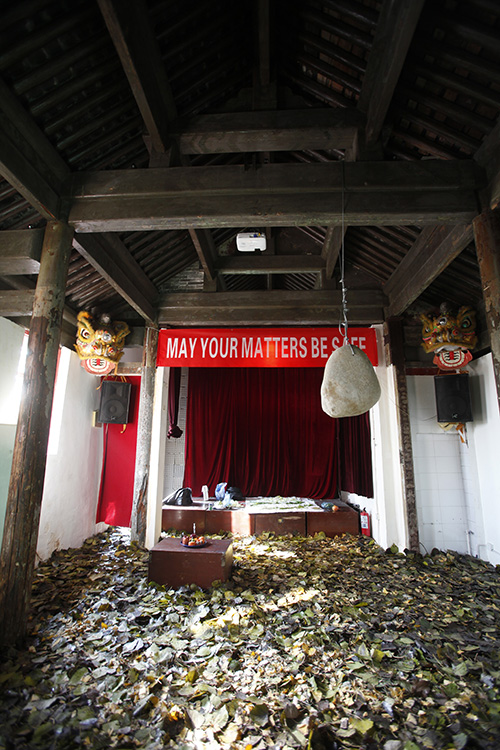 However, her stance is different when it comes to film screenings. Zajia curates a series of screenings of independent documentary films by Chinese directors every month — and largely relies on word of mouth to pull an audience. “We are always told that these film screenings really need space because they are forbidden in China. We only screen independent films, and we always contact the director first to ask for permission. In the past, a lot of independent film screening venues downtown were inside restaurants and bars because they were the only brave people who wanted to do it. There were no spaces like Zajia. But now, in the last year, I think there are many more.”

Before I entered Zajia's premises (after finally realizing it was up the stairs directly beside the Bell Tower Market), I had stopped to observe the group of old men smoking and laughing on the street outside. Other hutong residents sat down at the nearby fluorescent-lit eatery for dinner and a drink. When I asked Ambra what the community living around Zajia thought of the space, she laughed, “They think it’s a bar where strange things happen!” However, Zajia has actively encouraged locals to come to performances despite their persistent but polite rejections. One of Zajia's long-running projects (called “hutong”) brought the essence of Zajia outside. “To let everybody in the hutong and people passing by see what we were doing. We invited any type of artist to perform on the stairs, usually on a Sunday afternoon. A lot of very funny things happened.”

“There is a 90 plus-year-old man who comes to sit just beside our stairs with a chair every afternoon. One day we invited Yan Jun, a famous writer, poet, sound artist, and experimental musician, to record people’s hearts beating as part of our hutong project. He used the sounds of the heartbeats of people sitting on the stairs and mixed them with other creations. It was very beautiful. Then the twenty people sitting on the stairs were given headphones to listen to what Yan Jun just created and the sounds from the surrounding environment. This old man sitting beside the stairs was very curious. Usually, he doesn’t talk to anybody; then Yan Jun gave him headphones to listen to the strange, experimental music. Yan Jun was very excited by this — he said this man was the oldest audience member he has ever had!”

Despite (or perhaps because of) what Zajia provides for the arts community in Beijing, the space exists in an alluring state of temporality. The government could decide to close it down any day, or Ambra and GuangRong could leave it to embark on a new project. But, this unknown creates intrigue, and, in turn, intrigue is what Zajia will continue to facilitate and stimulate in the city it loves.