With its pure white beaches and sky blue waters, the island of Ibiza is legendary as a tropical paradise and as something of a rave Neverland. Its mythology and rituals are generally tantamount to a total escape from pain and ambiguity into a unanimous glowstick-waving denial of death, set to oft interchangeable chart-ready electronic dance music. But even paradise will have its voices of dissent. On a hot July night in the summer of 2013, a much more menacing beat than the usual sun-soaked fare was thumping in the heart of the island - crackling from twin cassette walkmen articulated like turntables, a propulsive machine gun kick concussed the dance floor while synth lines drifted and churned like smoke from a burning oil field. The unlikely soundtrack was produced by an even more unlikely visitor, whipping up a martial sweat in Desert Storm fatigues: Dominick Fernow - a Wisconsin born noise legend now among the foremost practitioners of a darker strain of techno encroaching on a society of shock, awe, and spectacle learning to dance to its own obsolescence.

In turns darkly ambiguous and mechanically violent, Vatican Shadow is the "military-religious industrial" side-project of Dominick Fernow, a name that until recently was predominantly known through more extreme channels of underground culture. In addition to his obsessively curated noise label Hospital Productions (begun in 1998), his name was made early on in the US noise underground with his primary project Prurient - through his first widely available release, the caustic 2002 power electronics masterpiece "history of aids", and his frequently unhinged live performances. His stage persona created something of a "noise archetype" throughout the decade: the shirtless sneering feedback sadist dripping with sweat, grinding the microphone against the amp between obliterating confessional screams. But as his reputation expanded, so did his palette - and in addition to consistently refining and evolving Prurient (with lyrics, synthesizers, and rhythms), Fernow's projects multiplied. It is nearly impossible to enumerate all of the various side projects and one-offs (as they are often released with a certain incidental anonymity), but it can be stated with relative certainty that no other artist is held in such high regard across the genres of noise, techno (Vatican Shadow and imprint Bed of Nails), and black metal (particularly his project Ash Pool). 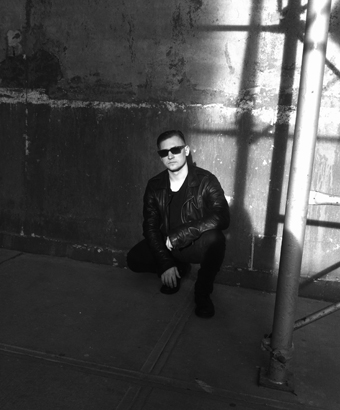 Fernow himself has little interest in parsing out genre labels, rejecting dependency on the medium as content, and instead foregrounding concepts in his process: "Music is completely irrelevant to me. It's not that it is not important; it just doesn't inspire me as an artist. Music is the platform for everything else that surrounds it. That's why there are all of these different projects. These projects all come from somewhere else. They come from reading a book, or I get into a topic or theme or an image or title that could be something". Through this approach, Fernow has examined and eviscerated countless aspects of our decaying culture: from pornography to state power, sex trade to tabloids, Christianity to addiction, castration to colonialism. 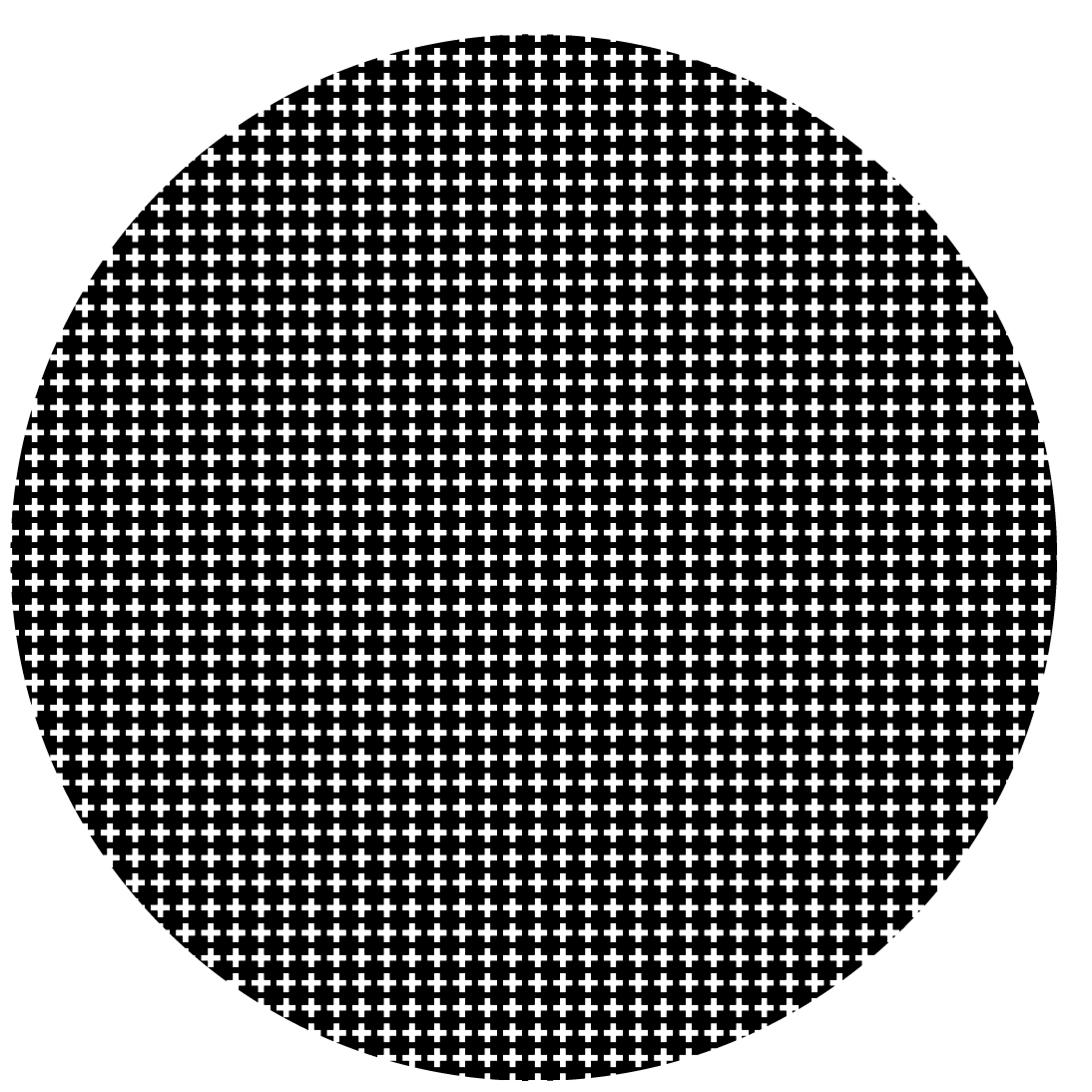 In a somewhat Deleuzian gesture (after the philosopher's insistence to "make an intensive use of a major language"), Fernow tasked himself with "bringing story to techno" as Vatican Shadow. The result was the marriage of hard-edged electronica to imagery and phrases drawn from the uncertain and unsettling narratives around the US war on terror. With track titles like "Contractor Corpses Hung Over the Euphrates River" and album artwork featuring collages of Waco and 9-11, the effect of the collision is as jarring as it is thought-provoking. His live shows are in lockstep thematically, featuring Fernow adorned in gulf war camouflage, dominating the stage in a spectacle of physicality often reserved for an extreme metal show.

The space created between sonic and visual information is a site of investigation for Fernow, who graduated with a degree in graphic design. He recounts some of his aesthetically formative encounters with the often violent, pornographic artwork used on releases by perverse noise titans Macronympha: "We used to get those old Mother Savage tapes, and that was amazing because the imagery is so fucking physical and visceral. It was so immediate, yet it sounded so abstract. There was just this total fucking void between what you were looking at and what you were hearing. And that's where you, as the viewer and listener, that's when you became a part of it. That was the experience. It's like reading a good book, just encountering these signifiers. It's only giving you enough information to stimulate, and you have to fill in all the blanks. That's what has been lost when things become so self-referential they destroy the platform of context".

Fernow has little patience for the hermetic dogma of noise purists, an oxymoronic set who regard his increasingly clear forays into rhythm and melody with suspicion. Although these themes have been present throughout the Prurient project's 16 years (notably on Pleasure Ground, Cocaine Death, and the overlooked Colonialist Nature and Misanthropy), they were with 2011's Bermuda Drain presented with the glistening clarity of an open wound. Ironically Fernow's most accessible album was his most controversial, and cries of Judas went up in the more conservative corners of the noise community, betrayed by the emotional and sonic earnestness of what The Wire would herald as "noise's first breakup album". Although some could follow him no further, many eagerly engaged with his evolving sonics as he released a series of works exploring techno via the fractured lens of the Prurient project, creating new audiences alongside territories explored with Vatican Shadow.

I spoke with Dominick perched on the edge of an outdoor bar in Knoxville, Tennessee, as unlikely a place to see him perform as anywhere in the world. He related his experience merging contexts: introducing a power electronics project that spans over 100 releases to a crowd of essentially "club kids" at the Blackest Ever Black showcase in London, via what he wryly called his "Greatest Hits set".

"Some of the tracks are ten years old, but they felt fresh in a way. There was this energy and momentum from the audience that was clearly a younger audience. It felt like there was new life there. So I think what's happened is this crossover between all forms of electronic music, techno, noise, and industrial. The benefit from this is that new people are discovering old things and reinterpreting them in a new way. I think that phenomenon has been kind of dead for a while, at least with noise. There hasn't been this outside interest or influence. When I got into noise, there was no "noise head" - that didn't exist. Everyone came from somewhere else. I think that is what made it interesting and vital - because it was not self-referential; it became a big platform. When I came into the scene, which was admittedly incredibly late in a large spectrum, there were no distortion pedals on the covers of albums. Everyone had their own obsessions and backgrounds and interests, and they brought that and used that on the platform of noise to express a more personal world that had nothing to do with music - or anything really. It was just a totally personal moment. I think in a way, though, it's beginning again — because now other people are coming from entirely different backgrounds who are getting excited about the idea of noise, just the idea of electronics. They are finding something else along the spectrum. I think that's a good thing. I have never been one of those guys who is like, "Oh fuck the new kids." So that moment of the Blackest Night felt like a change, like a tangible change: "holy shit - these are not my people. I don't know these people. I don't recognize them. They don't know me. They don't recognize me." There is an exchange happening in the way there used to be. So I think that's an exciting experience, and I'm glad to have had it."