As a long-time publisher of experimental art publications, it was with great excitement that I stumbled by chance upon a thoughtful but irreverent publication by Nicholas Thoburn titled Anti-Book: On the Art and Politics of Radical Publishing. Here were words, images, concepts, ideas, and material to flesh out many of my stray thoughts and working assumptions. In his weighty tome, Thoburn enables the reader to focalize upon an esoteric field in which many of its participants labor away in isolation, without a sense of community nor a consolidated body of knowledge to legitimate their activity or, more importantly, propel it forward.

Artists’ publishing, radical publishing, or whatever term you want to designate to it, is an abstruse field. Its boundaries are mutable if they exist at all. But it is possible to discuss certain impulses, motivations, and material effects. Thoburn writes that he utilizes the term “anti-book” as a “focalizer” to bring our attention to a field of publications that push their materiality to their limits and challenge the commodity form and function of the book.

By “materiality”, Thoburn is referring to more than ink and paper. He explained to me: “I mean the open-ended mesh of publishing forms, processes, and relations — writing, e­­­­­­­diting, design, distribution, media objects and platforms, meanings, readings, sensations — all of which bear the economies of production and consumption that govern the publishing field.” 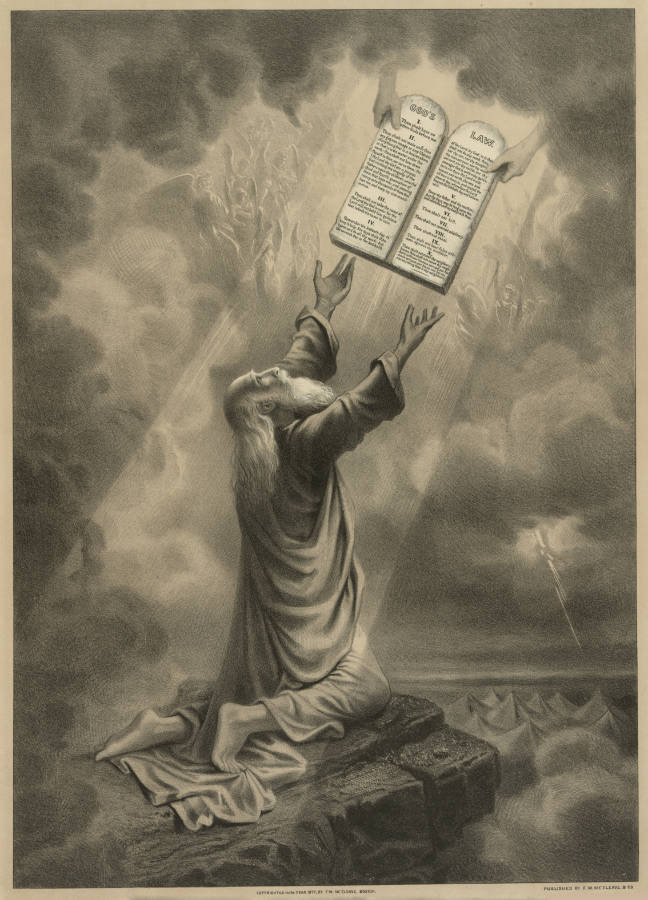 In the deep-rooted tradition of the book, Thoburn says, such material is rendered marginal or invisible, pushed under the covers and off to the sideline. Materiality is there merely as a technical support for the over-coding of text, as books are traditionally thought of as transcendent objects that elevate the pronouncements of their creators.

Martin Luther, Thoburn writes in Anti-Book, even proclaimed that “[I]f Adam had remained in innocence… we would have no need for paper, ink, pens, and that endless multitude of books which we require...” Materiality, here, is part and parcel of the degraded lowly condition of humanity. What is important, and what books promise to deliver, is the unfiltered word of God.

As we are awash with social media — which Thoburn characterizes as compulsive communication with anxiety-inducing effects — it’s easy to desire some form of escape into the book, a retreat to a simpler time. But books are not so innocent. In fact, Thoburn writes, they have played a pivotal role in the development of capitalism and the production of capitalist subjectivity with its resulting gender, racial, and class stratifications. Books, he tells me, are “coursing with capitalist relations”. 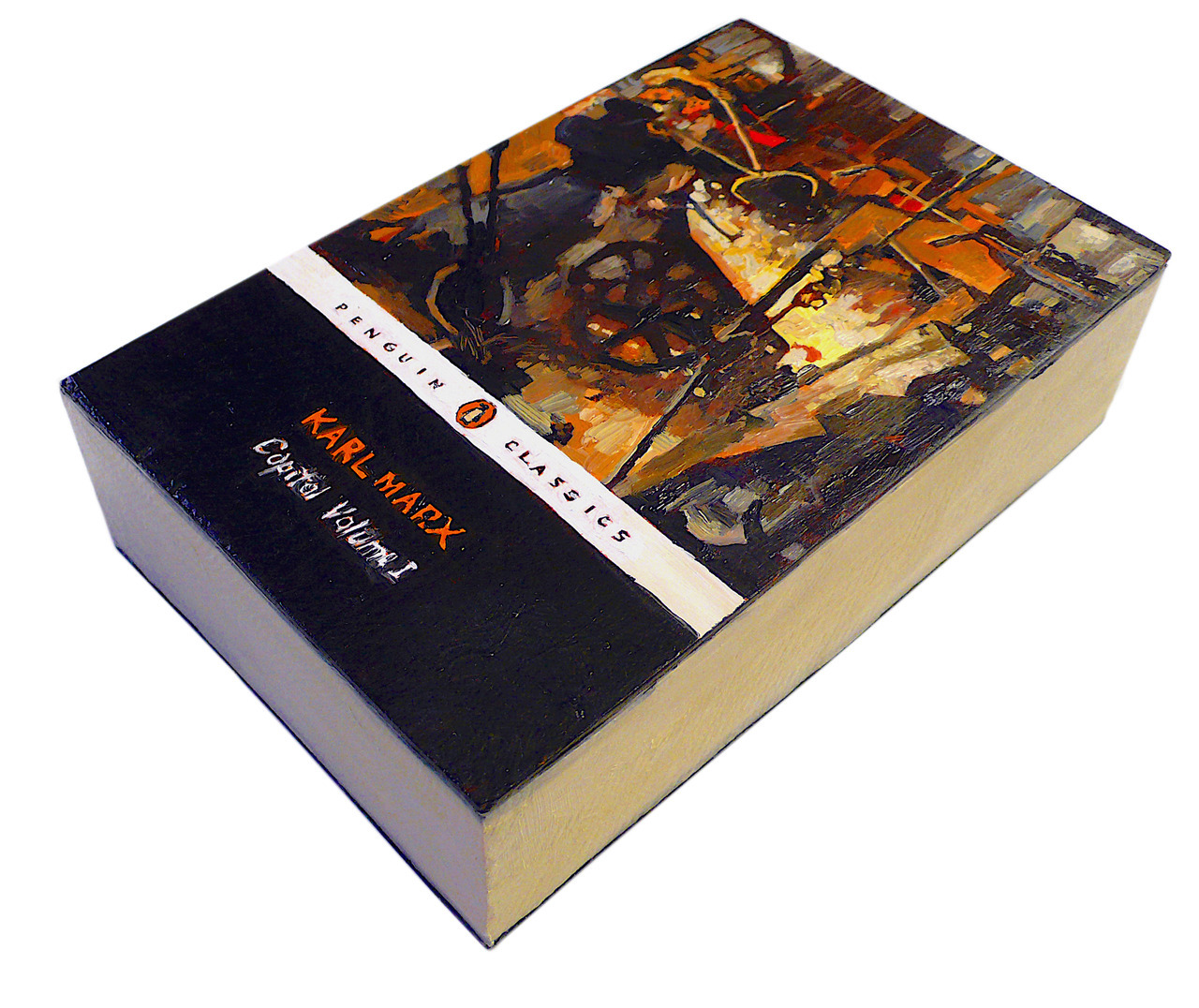 “I too enjoy the physical and sensory qualities of printed matter,” Thoburn says, “and these play a significant part in the expanded and experimental materiality of the anti-book… But, yes, it’s a problem when the book form, and a limited range of its physical features, are imagined uncritically to be in themselves a retreat from, and even a bulwark against, the onslaughts of consumer capitalism and social media.”

Printed books, Thoburn says, were the first modern commodities — the first to be mechanically and uniformly produced, repeatable on mass. Books were “integral to the emergence of the industrial division of labour and the production line, and to the separation of intellectual and manual labour”. This first occurs in the 18th-century through the separation of the roles of printer-as-artisan and author-as-intellectual.

And in today’s era of late, hyper-monopolistic capitalism, books are no quaint offering. They are central to the development and implementation of the machinery of capture. It was the book with its “sophisticated logistical mechanism of the International Standard Book Number (ISBN)” that enabled Jeff Bezos to found his all-enveloping empire, Amazon.com.

“[I]n the realm of the e-book,” Thoburn writes in Anti-Book, “the book industry is currently at the forefront of technical and legal developments in rent and control, where systems of digital rights management stymie the reproducibility of digital text by locking ownership to individual consumers and time-limited contracts.”

Such issues of public accessibility and ownership are dealt with provocatively, Thoburn writes, in the collaborative artwork, “Amazon Noir” (2006). Produced by Paolo Cirio, Alessandro Ludovico, and Ubermorgan.com, the project pulled off a sophisticated hack inside Amazon’s “Search Inside This Book” function, which allows readers to access for free a fragment of the text in an act of enticement.

Amazon Noir created a software script that could obtain an entire book through the search function, making 5000-10,000 automated requests per title. Thousands of snippets were reassembled into pdfs of complete books and introduced into file-sharing networks. Some of the books were printed and assembled to be exhibited in an art installation.

In total, 3000 books were reconstructed. The books were auto-selected based upon 23 keywords that were entered into the machine. One of the first titles selected through the process was Abbie Hoffman’s Steal this Book. What interests Thoburn in Amazon Noir, beyond the issues of circulation and privatization that it raises, is its intervention into the field of publishing.

Radical publishing, Thoburn says, has been hamstrung by its failure to take into account such issues of materiality, prioritizing instead ideational effects, with little thought given to their medium host nor the social relations in which text is produced, circulated, and consumed. Such an oversight is problematic, protecting this pivotal terrain of revolutionary politics from the self-critique that has otherwise been a driving force of its development. The artist Conrad Bakker foregrounds the issue in his artwork “Untitled Project: Commodity Capital 2007”. The work is a hand-painted mail-order wooden replica of Marx’s Capital. What is foregrounded here is the status of the revolutionary critique of capitalism that also happens to be a commodity which furthers the very system it is critiquing.

In the anti-book, the material means are more than a technical support. What is unleashed is the polyvocality of material. Here “publishing is not a reflection on politics,” Thoburn says, “but a political mode of being in its own right”. Thoburn first came to this understanding after reading Deleuze and Guattari's A Thousand Plateaus. In this seminal text, Thoburn says the “notion that 'politics precedes being' is manifest in a wondrous array of forms through which organic and non-organic life is constructed, lived and fought through — forms that are organizational, signifying, geological, economic, temporal, aesthetic, mythical and so forth”.

“Regarding the specific focus of Anti-Book, I think it’s likely that A Thousand Plateaus planted a germinal seed in my thinking about publishing, with its confounding statement: 'There is no difference between what a book talks about and how it is made'.”

Whereas the conventional book produces the capitalist subject, the “anti-book” is notable for its impulse towards non-identity. These publications revolt against the conventions of the book to produce a “literary communism”. That is, as Thoburn describes it, “a vertiginous state of communal being against and beyond the individual and collective”. Anti-books, as Jean-Luc Nancy writes in The Inoperative Community, create a state of “unworking”, the “interruption, fragmentation, suspension” of identity.

The term “anti-book” has a long history of use in artists’ books and political publishing. Guy Debord called his 1959 collaboration with Asger Jorn, Mémoires, an “anti-book”. Produced using offset lithography, its “pages are comprised entirely of scattered snippets of appropriated and uncredited textual and visual materials, all loosely structured by scratches, splashes, and planes of vibrant colour”. Famously, its cover consists of heavy grade sandpaper, giving corporeal reality to the publication’s abrasive qualities.


“Mémoires conveys formative moments and concepts in Debord’s experience with the earlier Lettriste movement, but in a performative fashion, enacting the Situationist practices of détournement (the production of meaning from ensembles of appropriated elements) and dérive (non-linear and anti-instrumental drifting) within and against the many materialities of publishing.”

In the 1970s, Richard Kostelanetz, who ran the experimental Assembling Press, referred to artists’ books as “anti-books”. Kostelanetz argued that these publications confound received reading practices and lead us to imagine what else a book could become.

Thoburn historicizes the concept of the anti-book to our current moment but says that “flecks, features, and precursors of our time are scattered through earlier periods”. He likes to think of the anti-book as having accompanied publishing since its inception. One precursor he points to in the preface of Anti-Book is William Blake’s self-published “illuminated books” of the 1790s.

“In his illuminated books,” Thoburn writes in Anti-Book, “play between image and text, complex systems of allegory, textual ambiguity, and the confrontation of opposites were intricately woven components of the struggle to attain ‘the infinite’.”

Blake had contempt for the conventional publishing of his day. His innovation of relief etching on copper plates, upon which he then applied ink, allowed him complete control of the process, which had been separated into different specialist domains. This was a revolt against the detached separate bourgeois subject and the dualism of mind and body.

It was a revolt immanent to the medium itself. Blake described the process in The Marriage of Heaven and Hell: “[F]irst the notion that man has a body distinct from his soul, is to be expunged; this I shall do, by printing in the infernal method, by corrosives, which in Hell are salutary and medicinal, melting apparent surfaces away and displaying the infinite which was hid… If the doors of perception were cleansed, everything would appear to man as it is, infinite… For man has closed himself up, till he sees all things thro’ narrow chinks in his cavern.”

The is the first in a series of articles based on conversations with Anti-Book author Nicholas Thoburn. Thanks to Natalia Filimonova and ZETTAI for their collaboration in producing this article.